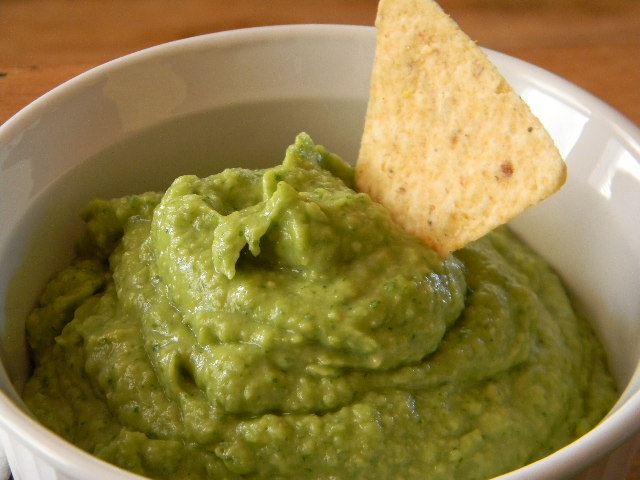 Last Sunday I intended on making 2 dips for the gang:  guacamole and hummus. The guac was already made and I started on the hummus when I realized that the tahini I had in the fridge was expired. In and of itself, there wasn't enough guac to feed the hungry masses, so I decided that a fusion was in order and came up with: Guacmmus!

Guacamole and hummus share a couple of the same ingredients (garlic and citrus), so all I did was puree the chickpeas and then add the guac to the food processor. With the processor running, I drizzled some olive oil in to make the dip creamier. It worked like a charm. The gang really enjoyed it. And the best part about it? It didn't get dark like guac usually does after being out for a while. It can be served with tortilla chips, but folks were dipping pretzels, potato and pita chips in it as well. It's pretty hearty. You can almost say it's like guac on steroids!

Here's another idea for this guacmmus - try it as a sandwich spread. Trust me on this one... 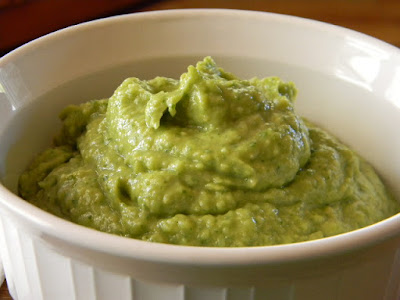 Place all the ingredients in a food processor except for the olive oil. Process until smooth. With the processor running, drizzle the oil in until it reaches a creamy consistency. Serve with various chips.

Hope you try this. It's a quick recipe that is tasty and unique. Your company will really enjoy it.

Enjoy the games this weekend. Hope your teams do well - unless they're playing my teams!

So until next weekend - keep on Homegating! 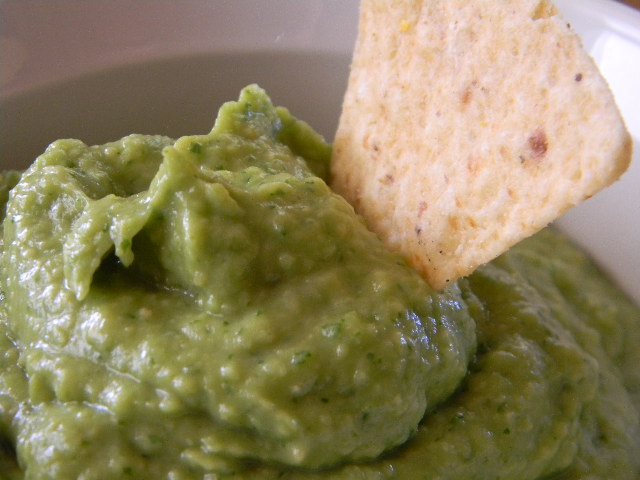