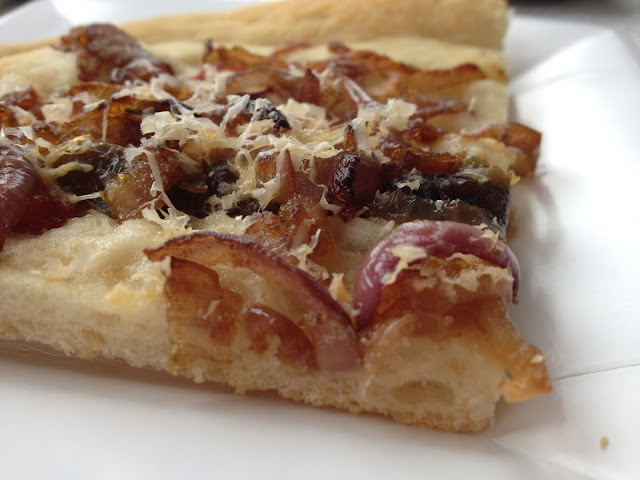 Greetings from a snowy Northeast! Winter finally decided to show up - big time.

This weekend we have the NFC & AFC Championship games to decide who is going to the Super Bowl in 2 weeks. We have 2 good matchups between Carolina vs Arizona and Denver vs New England. Would love to see Denver and Carolina in the Big Game, but we'll see how things play out.

This week's munchie is a Red Onion & Roasted Pepper Flatbread. You can put pretty much anything you want on a flatbread and it'll come out good. All you need is some pizza dough and your favorite toppings. This time out I went with sauteed red onions, roasted peppers and aged gouda. What's not to like?

I had a jar of roasted peppers that I made during the week, but you can certainly go with an already prepared jar of roasted peppers. It's perfectly fine. I sauteed the red onions until they were translucent and then let them cool down. I rolled out the pizza dough, stretched it into a sheet pan, brushed a little garlic oil over the top, added the onions and peppers and cooked it up in the oven until the dough crisped up. Once it came out of the oven, I grated some aged gouda over it. This can be served room temperature, so I let it hang out until the Gameday Gang showed up. Needless to say, it didn't last too long... 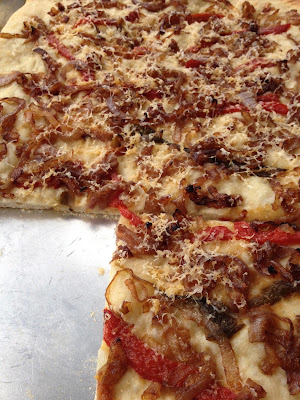 2.  Heat olive oil in a medium sautee pan until shimmering. Add the onions and sautee until soft and translucent. Place in a bowl and let cool.

3.  Roll out pizza dough and place in a large sheet pan. Stretch the dough to the edges. Brush the dough with a thin coating of garlic oil.

4.  Place the onions and peppers on tops of the flatbread and place in the oven. Bake until the edges of the dough are golden.

5.  Remove from the oven and grate cheese over the top. Let cool to room temperature. Slice and serve.

It's 2 weeks out from The Big Game. This is a good weekend to really put a dent in some of that cooking ahead and freezing. The liquor stores are starting to run good sales, so stock up on the adult beverages while the prices are low.

Speaking of low prices, if you're in the market for a new TV for the game, check out the bargains that the retail stores are offering. Now is a good time to get that and set it up.

You should also start thinking about seating plans and how you're going to set up your room (or fan cave) for the day of the game. Trust me, I was ill prepared a couple of times and wound up short on seats and room. It turned out to be fine in the end, but it's a stress you don't want to deal with, so start thinking about that also.

And there you have it! I'm looking forward to see who will wind up going to the Big Game after tomorrow. It's a fun and exciting time of year. Hope you're enjoying it as much as we are.

Until next weekend, keep on Homegating!! 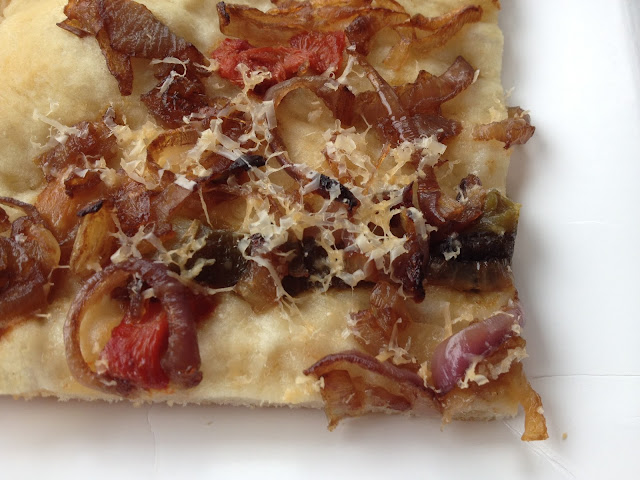