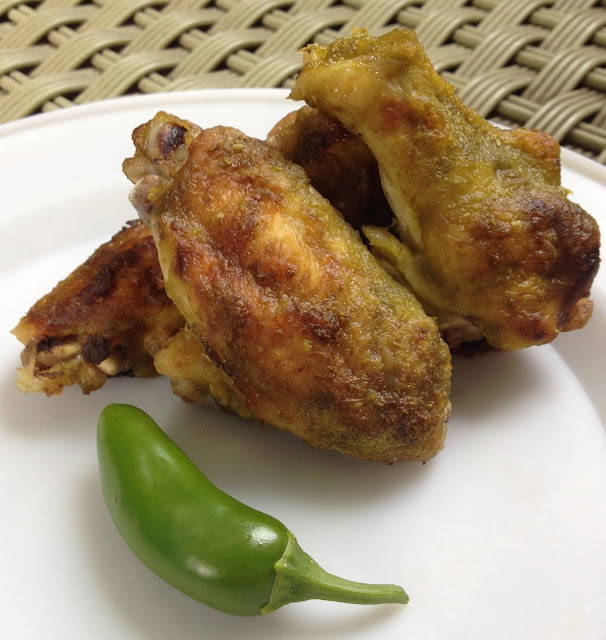 I don't know why I hadn't thought of these sooner. It's so simple - it was right under my nose. But you see? It takes something else to trigger a little culinary inspiration. During a day of recipe testing, I came up with:  Green Wings!!

On this one particular recipe test day, I was on a food processor rampage. I was pureeing and making various little sauces. I was on a roll and kept thinking of what else I can puree and make into a sauce. I opened the fridge and spied a bottle of pickled jalapenos. Yaaassssss!!!!! I dumped the entire jar (juice and all) into the processor and whizzed it up. After taste testing and adding a few other ingredients, I knew I had a tasty, but spicy sauce to play with. But what to do with it? Oh yeah - baste it on some wings and let 'em fly!

By the time the wings are finished roasting, they just look like roasted wings with a slight greenish tint. They have a nice bright flavor. They're not as hot as the red sauces, but they do have a little after-zing. I served the extra sauce on the side in case anyone wanted to add a little more to their wings. 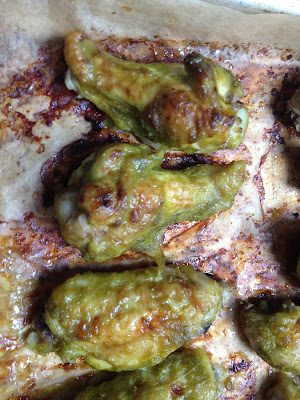 2.  Place all ingredients in the food processor and process until smooth.  Reserve 1 cup of sauce.

3.  Baste wings with sauce and place in the oven. Continue to baste the wings every 15 minutes for 1 hour.

4.  Remove from oven and serve with extra sauce.

When I served these to the Gameday Gang, they were a little taken aback when they first looked at them. After all, people are used to seeing red wings. But of course they were psyched to check them out and they got some great reviews. Some liked them as is and some used the extra sauce to dip the wings into. Whichever way they ate them, the wings wound up disappearing, so I'm going to take that as a good sign.

And there you have it! Try these guys out one weekend and see how your crowd digs 'em.

Enjoy your games and I'll see you next week! 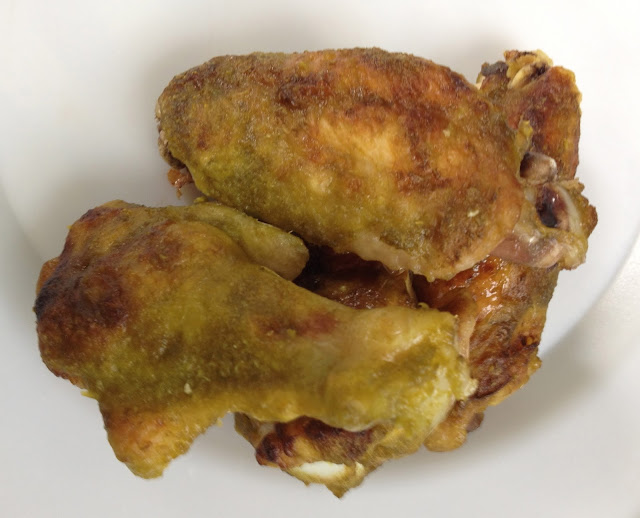