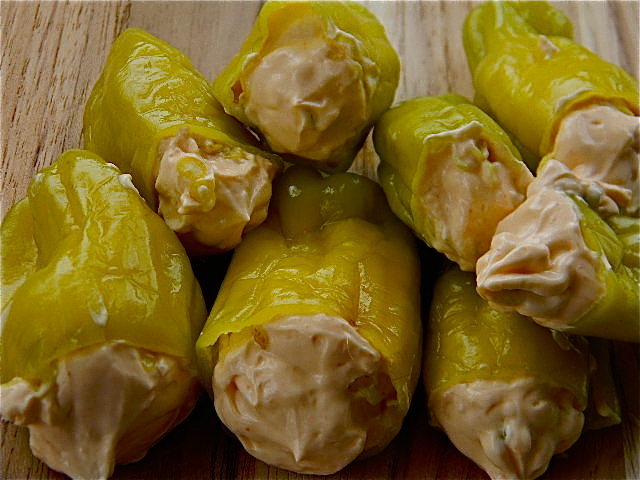 There's an unwritten law in Homegatingville that you have to eat spicy things on Gameday. I'm guessing because 9 times out of 10, it's being washed down with beer. And we all know how Gameday and beer go together. That's another unwritten law. Hey look, I don't make the laws, I just follow them - willingly. So with that in mind, I decided to put together something along the lines of a jalapeno popper, only different. I came up with:  Pepperoncini Shooters!


Pepperonicini Shooters are smaller and lighter, but still pack a little punch. So for those of you who aren't big on jalapeno poppers, this could be considered an alternate version. What makes this recipe ridiculously easy is that there are only 4 ingredients: pepperoncinis, chive cream cheese, mayo and adobo sauce, so they're easy and quick to prepare. The brininess of the peppers is a nice pairing with the spicy cheese filling. They're not too spicy, but they kinda let you know they exist - in a good way.

You can literally whip these babies up in 15 minutes. I would recommend using either a piping bag or plastic storage bag with the tip cut off to stuff the filling into the peppers. It makes life much easier. Fridge them for about an hour before you serve them so that the filling sets a little. When you're ready to serve, just place them on a platter or in a shallow bowl and watch them disappear. 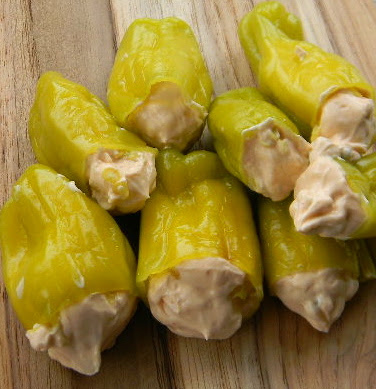 1.  Drain the pepperoncini peppers. Cut off tops and remove the seeds. They usually come right out if you squeeze the peppers slightly.

3.  Place cheese mixture into a piping bag and pipe a generous amount into each pepper. If using a plastic storage bag, cut a corner off and pipe the cheese into the pepper with that.

4.  Fridge for 1 hour before serving. After 1 hour, place on a platter or in a shallow bowl.

I served them to the Gameday Gang last weekend and they really got into them. I know that if you serve these to your crowd, they'll go pretty fast. As is said, they're lighter than regular poppers and much easier and quicker to prepare. They're also different from poppers, which will get people interested. And that's the idea, you always want to bring out something different on Gameday, just to keep things fun and interesting.

Enjoy your games. I also hope your fantasy teams are doing well. If not, just pop a few shooters and start trolling the waiver wire...

See you next week and keep on Homegating! 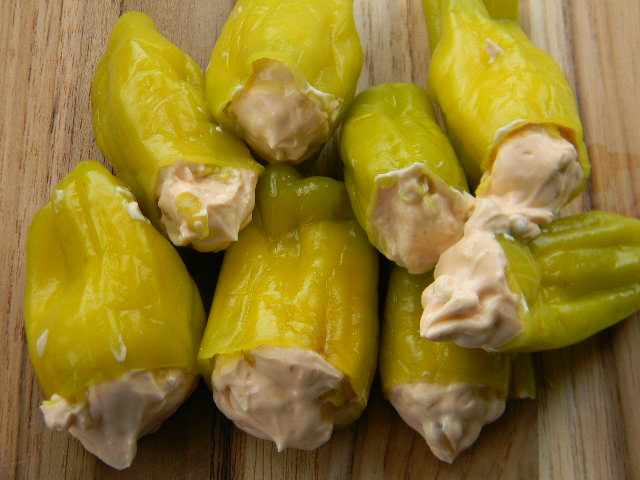